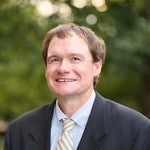 Chris has been licensed to practice in Georgia since 2007 and was recently licensed to practice in Tennessee. Chris spent his entire legal career practicing in the Atlanta region prior to joining Litchford, Pearce & Associates, PLLC in October 2020. Chris concentrates his practice in the areas of business litigation, personal injury, bank litigation, real property disputes, and construction litigation. A majority of Chris's clients are small to medium sized businesses and entrepreneurs.

Chris has extensive experience representing banks as lead counsel in contested bench trials and appeals in the Georgia Court of Appeals and Georgia Supreme Court.  He also handled a high profile and sensitive case for a national bank client involving multiple lawsuits and protests that resulted in dismissal of all claims against the bank.  Chris has also represented several restaurants in employment and real estate matters and recently brokered a profitable sale of a pizza restaurant the same week the Covid-19 crisis began in March 2020.  In his personal injury practice, Chris secured a settlement for a motorcycle client against a national ride sharing company where liability was disputed and also secured a default judgment that is being collected for a client who was assaulted.  Chris has extensive experience with garnishments and materialman's liens, two highly technical areas of Georgia law.

A native of Rossville, Georgia, Chris is a graduate of The McCallie School in Chattanooga, Tennessee, and the University of Georgia, where he received undergraduate degrees in History and Political Science. After working on a congressional campaign as political director, Chris attended the University of Georgia School of Law and received his J.D. degree. While at UGA Law, Chris was a member of the Mock Trial Board, President of the Student Bar Association and President of The Federalist Society. Chris was also a participant in the Prosecutorial Justice Program and under Georgia's Third Year Practice Act, participated in misdemeanor court proceedings.

Chris worked for several law firms in Atlanta after law school, including a large regional firm that is one of the oldest law firms in the country. Chris founded his own law practice in 2019 in Atlanta where he continued to practice prior to joining Litchford, Pearce & Associates, PLLC.

Chris is a member of the State Bar of Georgia, Chattanooga Bar Association and Atlanta Lawyer's Club. Chris is also admitted to practice in the Georgia Supreme Court, Georgia Court of Appeals, and the Northern District of Georgia, United States District Court. Chris was chosen to participate in the State Bar of Georgia's 2012 Young Lawyers Leadership Academy and served as a Barrister with the Joseph Henry Lumpkin Inn of Court from 2011 to 2013.

Chris and his wife Ali reside in Chattanooga with their three sons. Chris is a lifelong Chattanooga Lookouts fan, having attended games with his father since he was a young boy. He also enjoys cheering on the Georgia Bulldogs and Atlanta Braves. Chris's hobbies include golf, reading, and spending time cooking on his Big Green Egg.

Thank you for contacting us. We will get back to you shortly.

Please complete all required fields below.

Nothing gives us greater satisfaction than helping our clients succeed in all facets of their business and personal lives. We strive to communicate well with our clients, provide diligent representation and be loyal advocates for our clients’ needs.